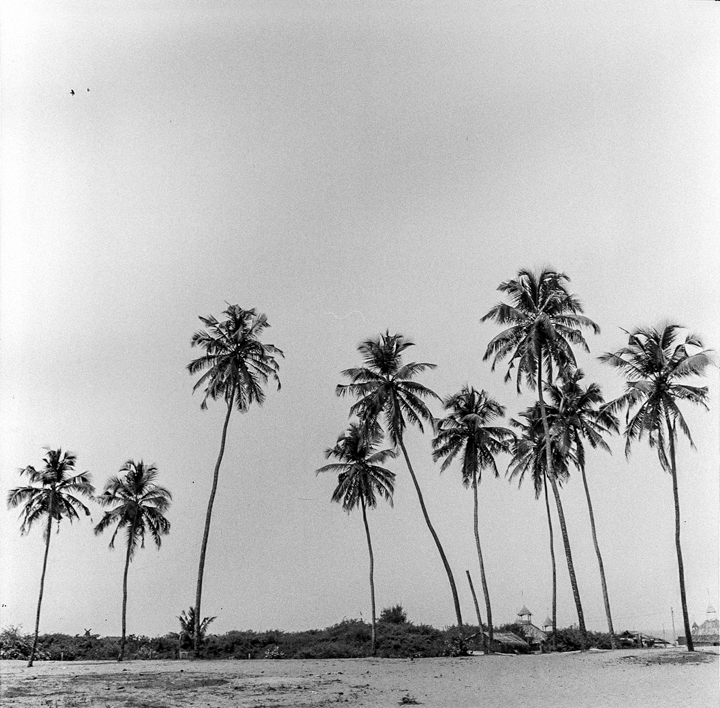 From a formally educated photographer this could be unusual. But the events leading to the thoughts mentioned are such that it is compelling for me to put this down in words.

Education doesn’t make a photographer. No amount of it can. There is enough literature within the world that talks about how photos are experiential – they are borne when the six senses of the photog come together. It is then, the photog’s fortitude to push the limits and create pictures that stun sensibilities before normalising to satisfaction.

On travel a couple of months back, I found myself managing a Lubitel. The Lubitel is a fully manual medium format camera; popularly also known as a Twin Lens Reflex. In one roll of film, one can shoot 12 square photos. One can modify a few settings in the camera to bump up the number of shots to 16, but I like it as it is – 12. To operate the Lubitel, one needs to hand-complete all activities of creating a photograph. Loading the film and winding it to a shoot – ready position, looking through the waist level viewfinder to get the composition correct without the help of grid lines, managing the exposure settings in a half imaginative state – a light meter or a digital camera help partially in pre empting what the photo would look like; is what my life became as I went about creating photographs of the trip. 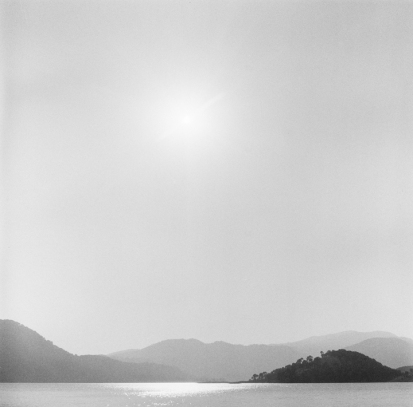 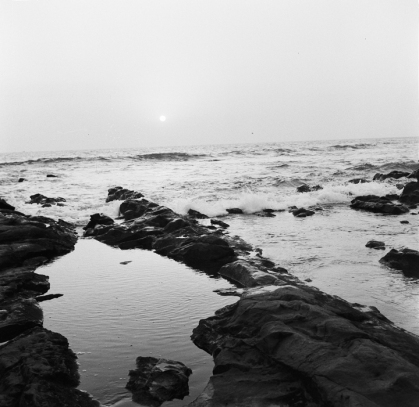 But what really does this have to do with travel?

Processing of these photos is done by experts. So I sent my film rolls (210 photos in 8 different films) for processing to the experts and after three weeks of waiting they handed me 92 photos. Just that. The rest were all washed out. As I peered at the photos that the agency was able to process; the sense of longing for the ones that they could not took a back seat.

As I saw these photos, the memory of the process of creating each one came back. I was in Goa in the last week of March – and that is perhaps the last week before the hot and strong summer sets in. Moving out the hotel between 10 AM and 5 PM is sacrilege. It is also sacrilege to not spending time by the pool in the same time zone. But shooting with film took me out. Armed with a bag full of film, a tungsten powered light meter and a small digital camera I rode out to places that I thought would be fit to be shot. So while beaches remained a easy go, climbing Fort Aguada and Fort Chapora in the severing heat, being chased down a small hillock that overlooks the Vagator Beach by stray dogs and losing my way and landing up in a small village while on my way to Arambol. I never reached Arambol though – turned back because at the point of losing direction I realised that I was 15 KMs away. Making a picture using a TLR attracted attention of all kinds. People stopped by, confirmed if it was the camera of the olden times; some wondered as to why would I spend time doing this if I could easily create digital pictures. Most people ask the cost.

The thing about shooting with film is that it makes a photog look at his or her trade awfully lot more closely than they would. It made me “look” and “wait”. The key to success was not to press the shutter at the wrong time – the moment had either just passed by or had not come. It made me work to getting to the place in light that mattered.

And I realised that while doing all this to create the pictures that I was, I had discovered a new face of Goa. I ventured up a hill, a fort that I had never climbed, into roads that always looked deserted and boring. I stopped near fields and small pools. I saw chapels and houses of locals. I got into a village and spent time talking to a lady about how my way was lost.

It was then a realisation that has eluded me for the most of my travelling life. It is imperative for a traveller to push the boundaries on a trip. An extra kilometre, an hour less of the normal sleep time, a conversation in the middle of no-where – might just lead to that all important moment in the trip – where you find the picture that sums it up.

I am a content creator based in India. With over 13 years of corporate experience followed by my present status as an artist, I mix words, visuals and design to create engaging content across different platforms. View all posts by Kartikaya